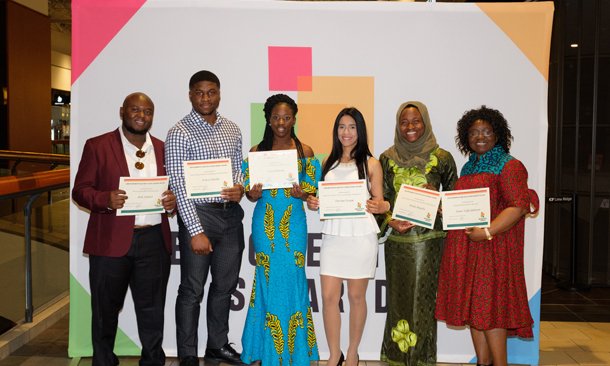 This year, seven scholarships were awarded during the 2019 Annual Celebration: Culture and Community. 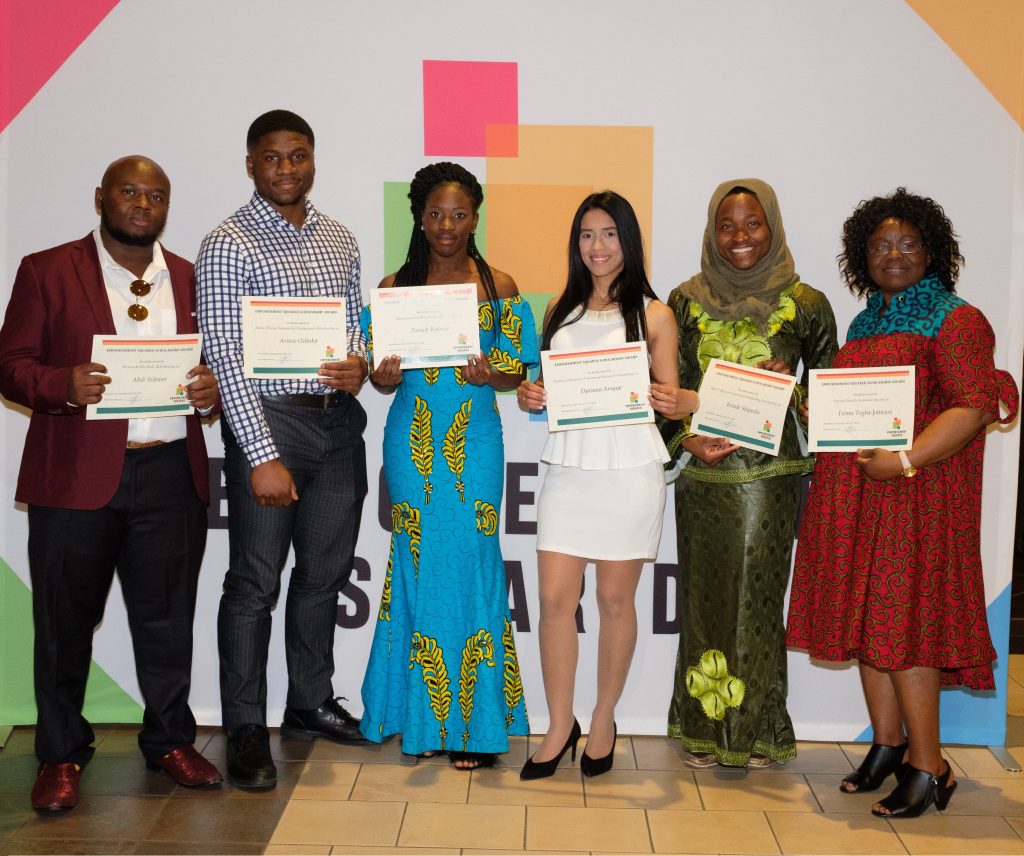 
This year’s recipient of the Nirmal and Om Joshi Scholarship is Abdi Sidnoor. Abdi is a graduate of Empowerment Squared’s academic mentoring program and is entering his second year of studies at the University of Windsor.

Established in 2019 by long time supporter Anju Joshi and her four siblings, to honour their parents’ resilience, inclusiveness, commitment to their community and their generosity of spirit. Nirmal and Om Joshi emigrated from India to Prince Edward Island, Canada with their five children in 1968. Mrs. Nirmal Joshi is known for her creativity and talents which she shared with an open heart with all whose paths crossed with hers. Mr. Om Joshi’s dedication to education has helped to inspire hundreds of young people to pursue higher education. 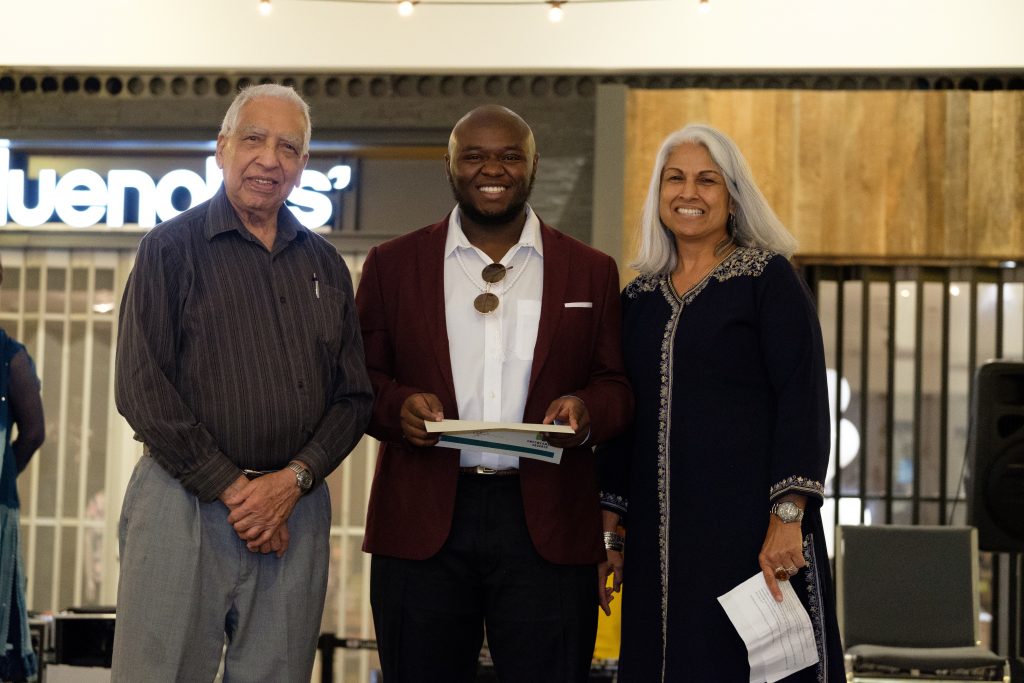 This year’s recipient of Sevigny Family Award for Academic Excellence is Rahma Ahmed Abdi. Rahma is entering her fourth year at St. Clair for nursing.

Established in 2018, this award is given in honour of Georges and Savitsa Sévigny, parents of Dr Alex Sévigny, founding Empowerment Squared board member. Georges Sévigny devoted his professional life to helping immigrant, refugee and at-risk youth through his career as a high school teacher at Westview Centennial High School in the Jane/Finch neighbourhood in Toronto, and Savitsa Sévigny taught many generations of French teachers through the education degree programme at York University. 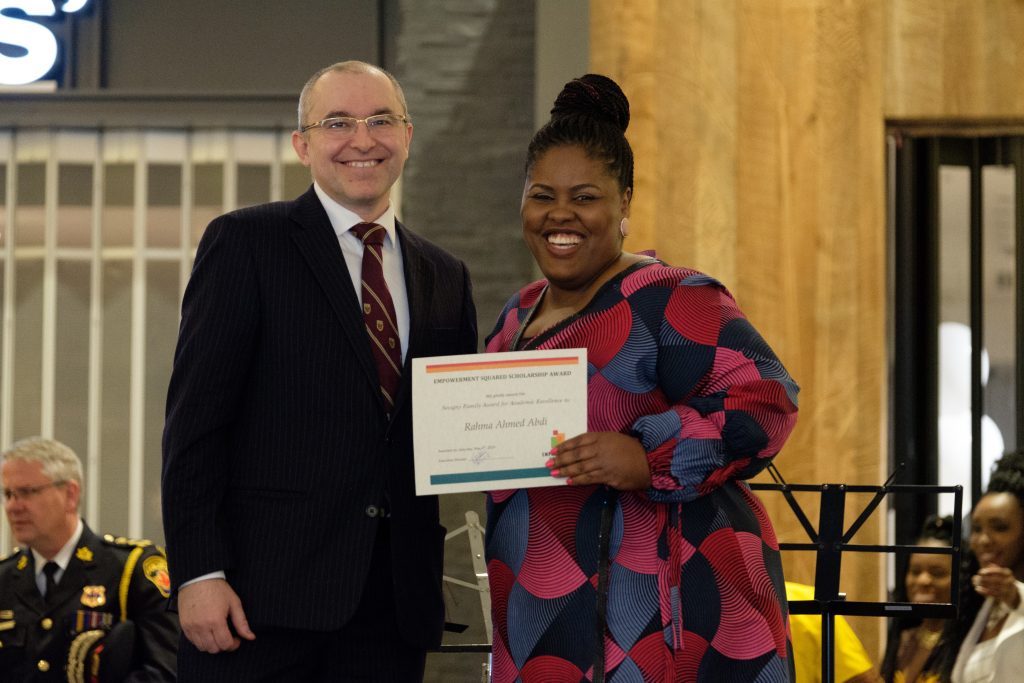 This year’s recipient of the Illuminessence Fem-Leader Scholarship is Zainab Bolanle.  Zainab, a participant of Empowerment Squared’s academic mentoring program is pursuing post secondary studies to become a nurse.

Established in 2018 by Illuminessence, a distinctive magazine with a mission to celebrate, illuminate and inspire women, the Illuminessence Fem-Leader Scholarship seeks to foster a commitment to leadership, excellence, community development and social justice among girls within diverse communities. 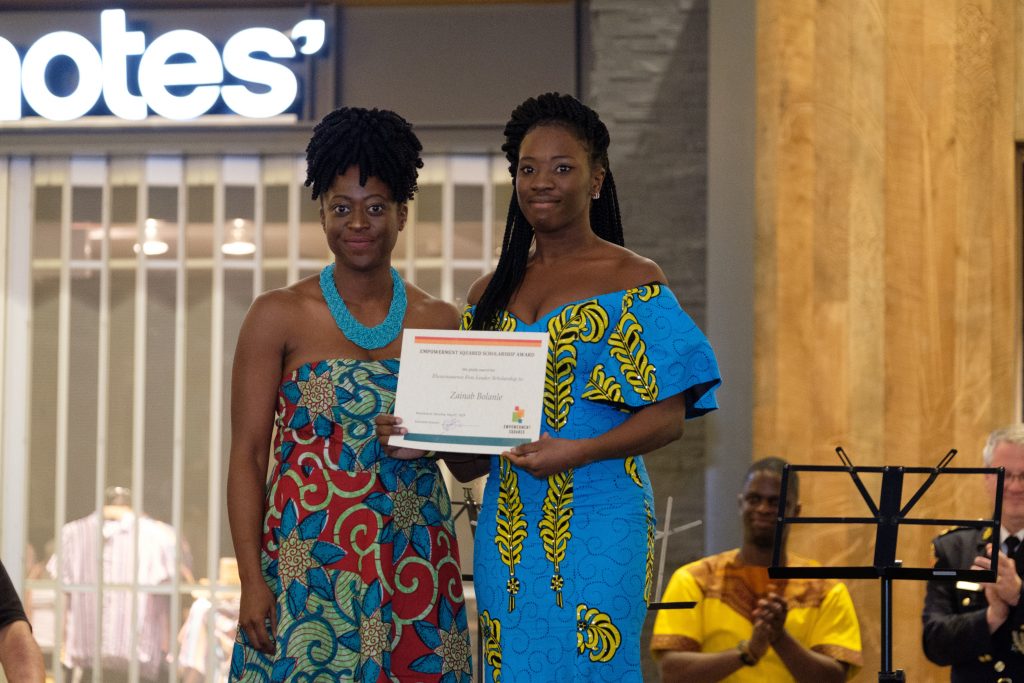 This year’s recipient of the Joana J Fejzaj Community Engagement Scholarship is Arinze Ochuba. Ari is a homework circle, elementary program assistant who has volunteered over 50 hours of his time in his first year with Empowerment Squared, in addition to volunteering with numerous groups on campus. Ari is working towards becoming a practicing pediatrician. 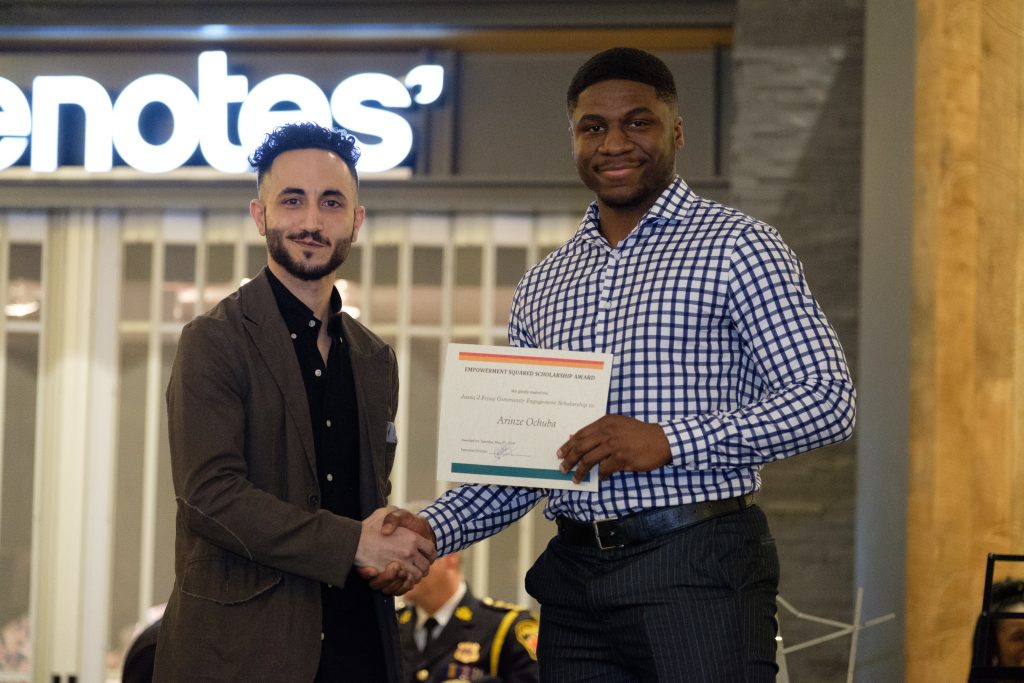 This year’s recipient of the Joan C Stewart Community Leadership Scholarship is Bolade Shipeolu. Bolade is pursuing a Doctor of Medicine in September and has contributed over 40 hours as a mentor with the homework circle, elementary program.

Established in 2017 by Mark John Stewart, former Chair of Empowerment Squared’s Board of Directors, to recognize the exceptional community contributions of his mother, Joan C Stewart. 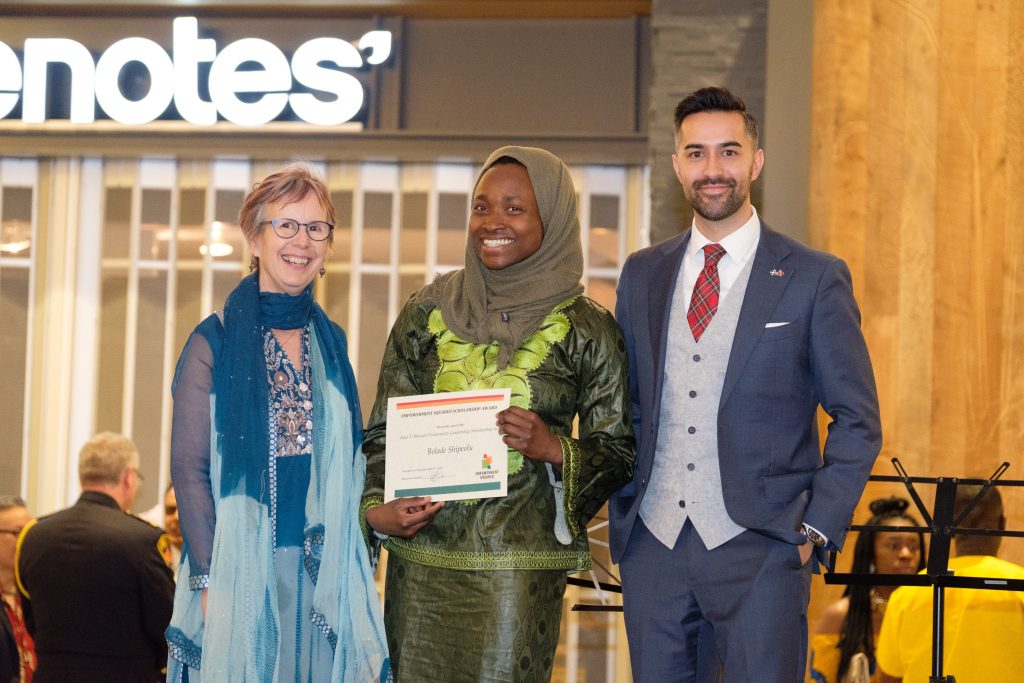 This year’s recipient of the Andrew L Goorbarry Continuing Education Scholarship is Dariana Araque. Originally from Venezuela, Dariana has been in Canada for less than 2 years. In that time she has participated in Empowerment Squared’s digital literacy program twice and is a volunteer on the student council with Mohawk College. She is pursuing an Auto-Cad program at Mohawk College with the hopes of finding a job in the engineering field.

Established in 2018 by Priya Goorbarry, Director of Operations and Administration at Empowerment Squared and her sister Alicia Goorbarry, to recognize the exceptional dedication to education and charitable leadership of their father, Andrew L Goorbarry. 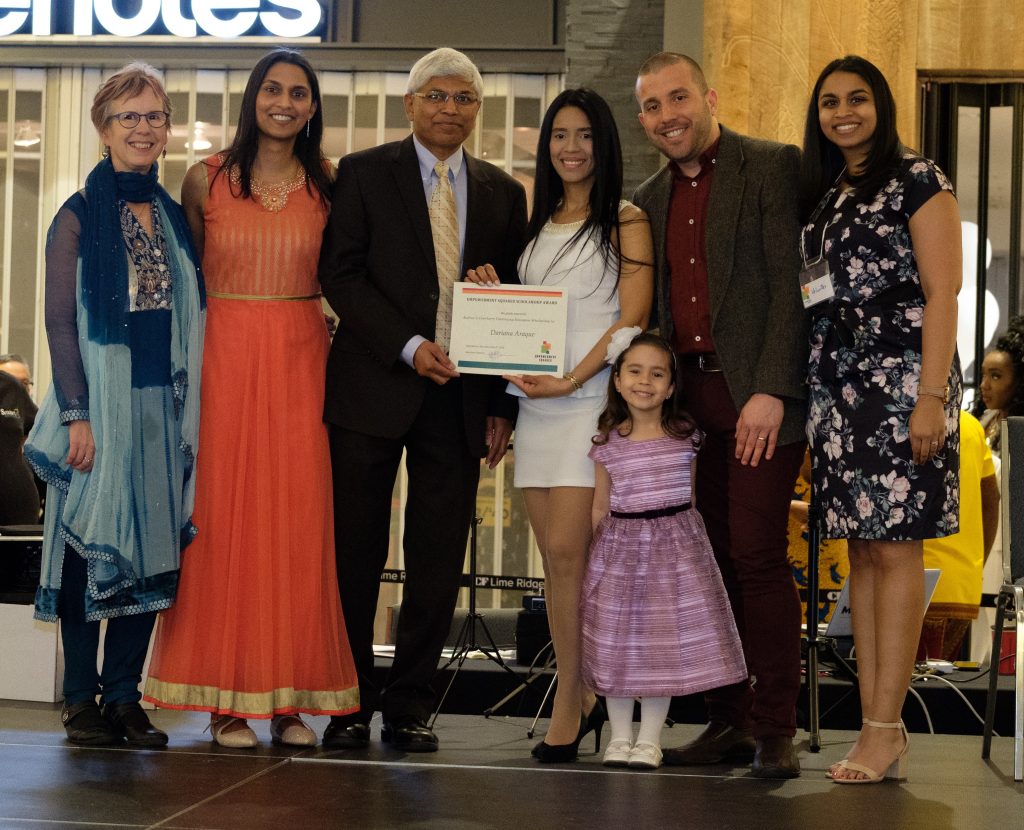 This year’s recipient of the Youssef Family Academic Award is Feona Togba-Johnson. Originally from Liberia, Feona has been in Canada for a little more than a year.  Feona is a graduate of the Digital Literacy program and the knowledge she gained from the program is being utilized in her studies at Mohawk College.  With a background in administration in Liberia, Feona is hoping to find a similar job in Canada once she is finished school.

Established in 2019 by Tony Youssef, this scholarship is in honour of Yokhanna Youssef and Younia Chilmon who fled Syria in 1989 with their three children. Learning a new language, finding work & affordable housing, worrying how to put food on the table, navigating the transit system amongst many other things, were a daily challenge. This scholarship is important to the Youssef Family as it recognizes the struggles that newcomer families face when they immigrate to Canada. 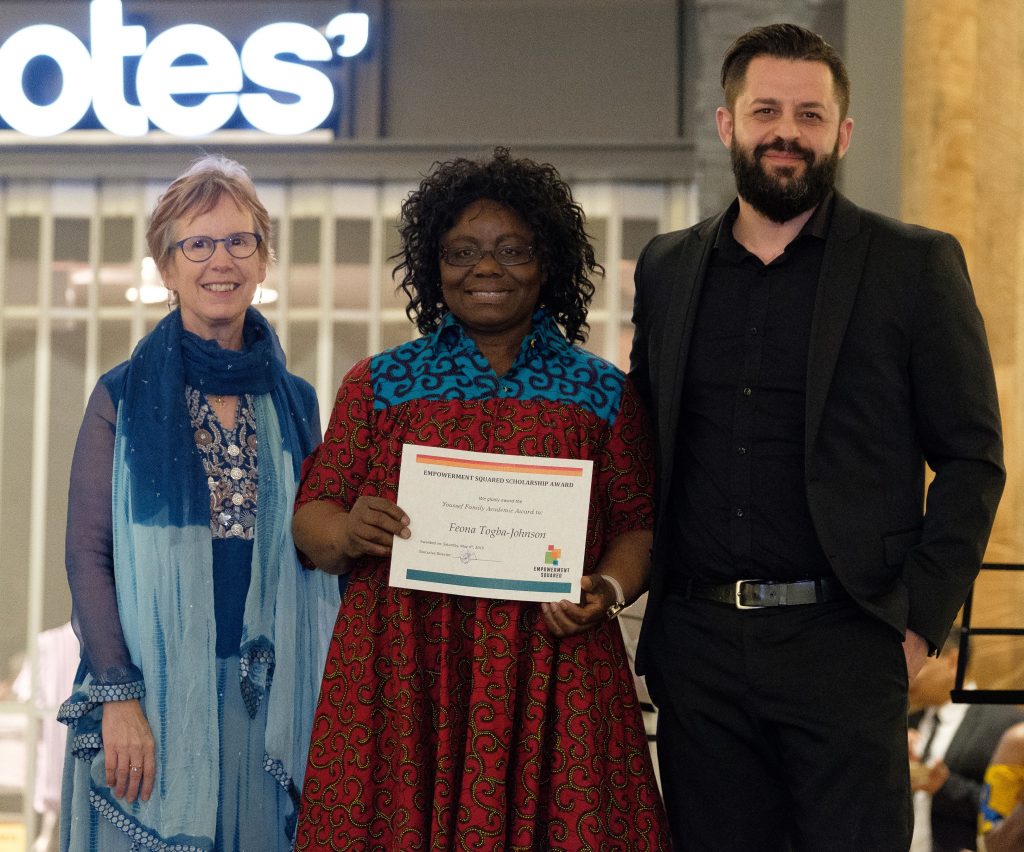